Richie Loop is a versatile Jack-of-All-Trades MC hailing from Jamaica who’s taken the music industry by storm. His electrifying shows bring together elements of every aspect of music, drawing from his background as a professional dancer, singer, songwriter, and producer to leave crowds out of breath and desperately wanting more every time he takes the stage. Richie Loop’s one of a kind act has landed him releases on labels such as Spinning Records, Beatport Dim Mak, Mad Decent, and Revealed Recordings with chart topping hits on Beatport like “Derb”, “Pon Pon, “Monster” and “Drop It Down Low”. 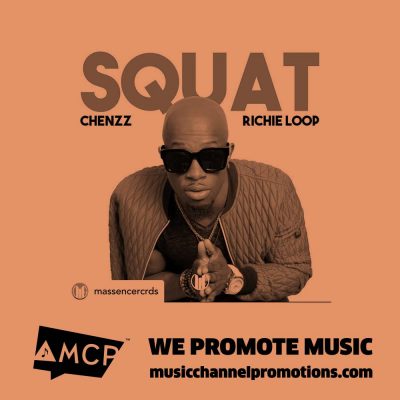 Furthermore, his over 10 million views on YouTube and millions of streams on Spotify have made Richie Loop a household name not just in Jamaica, but all over the world. In addition, it has allowed him the opportunity to collaborate with other industry giants like Hardwell, Steve Aoki, Henry Fong, Valentino Khan, Sean Paul,Busy Signal, and Vybz Kartel. He was recently invited to MC for Hardwell at the WEEKEND festival in Finland. Current tracks in progress include KSHMR, Quintino, Jet Fire, and a fresh new hit with Hardwell.

Richie Loop teams up with CHENZZ for Squat

His way of playing the keys and creating ideas is maybe the important element in his journey as an artist. With his powerful creations and wonderful melodies, Chenzz is taking you on a trip through his own musical world. His excitement and high energy will guide you through it.

Squat is a mix of the typical Jamaican sound and the modern touch of electronic music. This combination is interesting and is bringing a new flavor on the market for electronic music. That’s also one of the reasons why we’re blogging about this track.